How we support our friends in Rwanda with our film

By gerrit on December 26, 2015 in Uncategorized

In October 2015 the Protestant and Catholic congregation of Muenster – Roxel in Germany showed our film during an ecumenical church event and they collected money to support our protagonist Gerard’s education. After we had found private sponsors for Gerards 2015 school fees, his tuition is secured now for 2016 and  even a big chunk of 2017 school fees are taken care of. It makes us really happy to be able to give something back and it is great to see that watching our film moves people to jump in and help. So thanks a lot to everyone who supported Gerard and helps him to get a degree! Lots of love! The collected funds have been transferred to the Survivors Fund SURF – a NGO that, amongst other objectives, supports orphans like Gerard. They are taking care that the money reaches Gerard and the school. If you want to support SURF: donating to them is really easy with VIRGIN MONEY GIVING.

We Are supporting SURF also by sharing all revenue we make on the streaming platform VHX. 50% of all earnings go directly to their account and are supporting their program “Children of Rape” – so if you want to watch the film and make a donation at the same time you can do so by clicking right here.

Soenke and Gerard working on Gerards text for the film in a cafe in Kigali. The text he is reading in the film is written by Gerard. 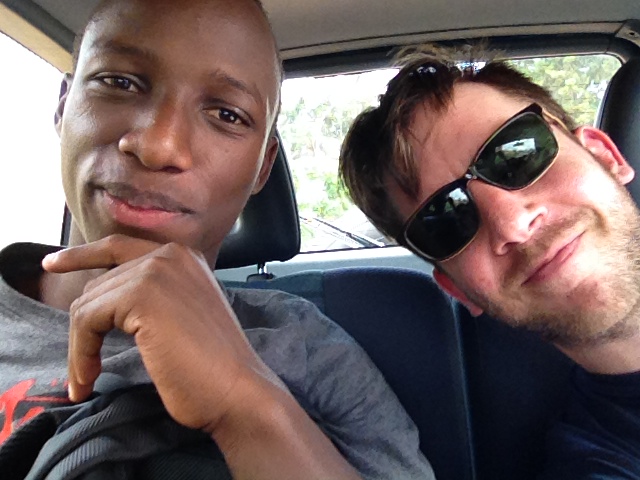 Gerard and Gerrit driving in Kigali

By gerrit on December 26, 2015 in Uncategorized

Yay! Since October Ibyiza Birimbere is also available on Indieflix (For those of you who don’t know it – that is basically the independent equivalent to NETFLIX where you can watch tons of great documentaries and short films) and for those who have a subscription with Indieflix it is free. Even better: they liked the film so much that they featured it for 2 weeks as “Staff Pick” in November and are featuring it again over the holidays, that is really awesome! If you watch our film there, please don’t forget to rate it and leave a comment! 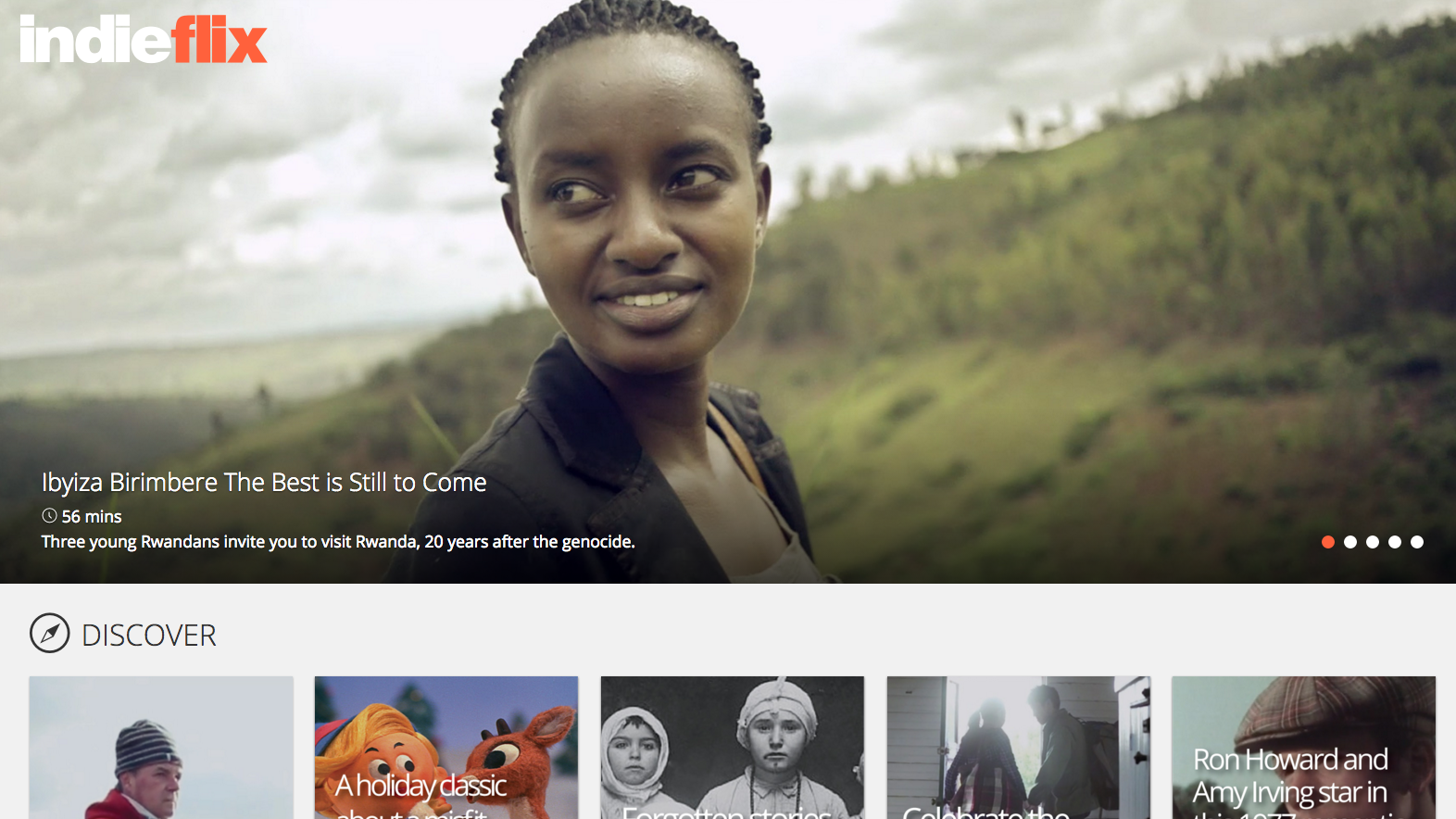 If you want to subscribe with Indieflix you can do so by using our affiliate links. You get a free one month trial if you use our affiliate link and click HERE for a $5/month monthly recurring subscription OR a free 3 months trial if you click HERE for a $50/year subscription. (for disclosure: if you use any of these links to sign up, we will receive a reward from Indieflix after the first payment is made)

By gerrit on December 26, 2015 in Filmscreening, Uncategorized

This was the 3rd Festival screening this year: The CVIFF invited Ibyiza Birimbere to screen in October 2015 and we are proud and happy that the film was shown at another up and coming film festival in Africa. We would have loved to go there ourselves to represent the film and talk about it, but sadly flights to the beautiful Cape Verde islands are rather expensive, so we dropped this one. People there enjoyed the film and we received a positive feedback, so after all we are happy 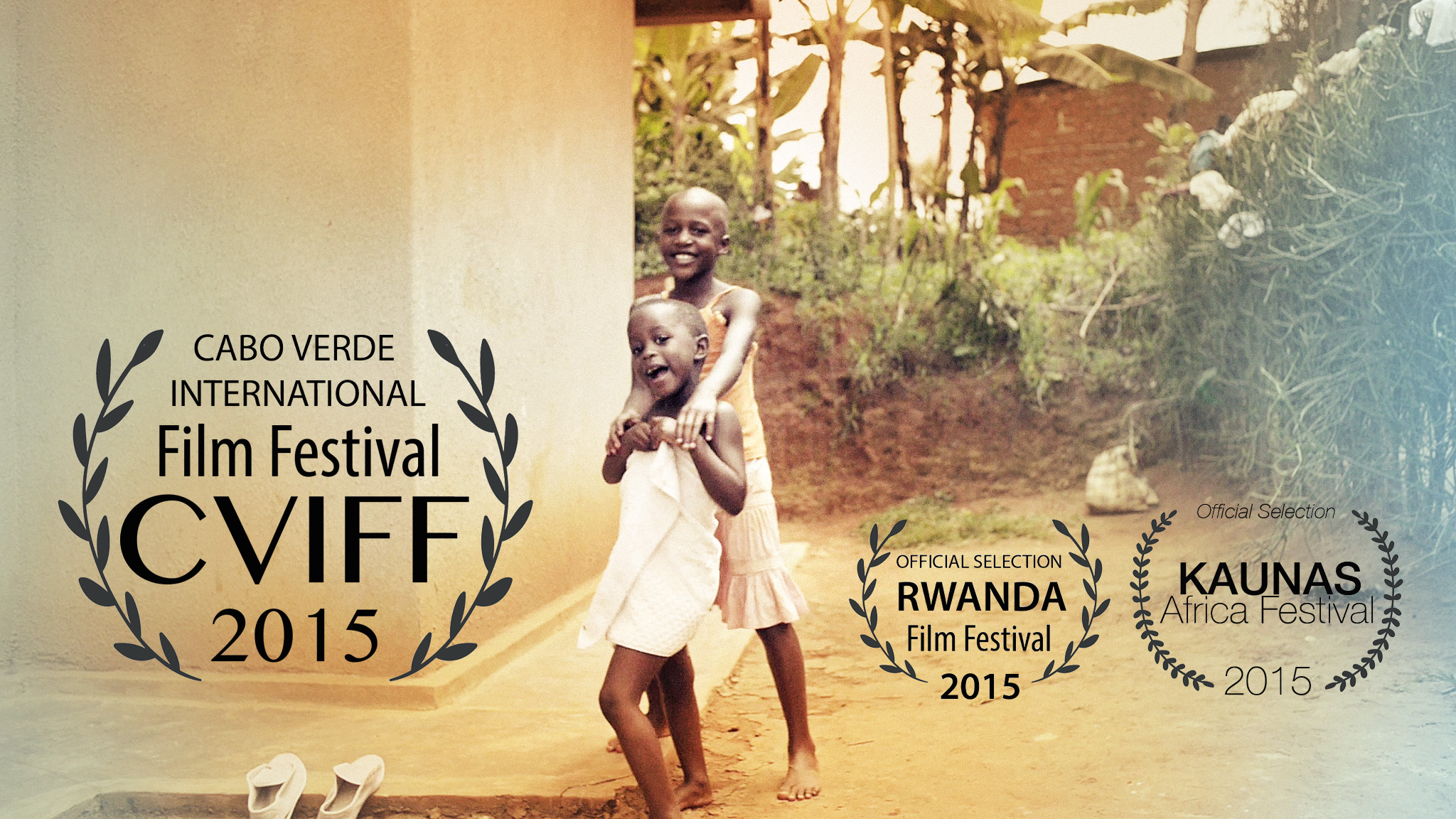